On September 23rd, the Sun enters Libra and Autumn begins. In the same way that the Solstice marks the days of longest and shortest “light,” the Equinoxes mark the day of equal light. Nox is the Roman goddess of night so equinox literally means “equal night.” The glyph for Libra represents the setting sun expressing the balance between night and day. In traditional Astrology, the Sun is “exalted” in Aries while halfway through its circuit along the ecliptic, it is in “fall” in Libra, Aries’ opposite sign.

The rising of the constellation Libra marked the beginning of the New Year in ancient Egypt. Equinoxes are the two points in the year (March 19-21 and September 21-23) when the Sun crosses the celestial equator. At these times, day and night in Northern and Southern hemispheres are of equal length. The Spring (vernal) Equinox occurs midway between the Winter and Summer solstices; the Autumnal Equinox occurs midway between the Summer and Winter solstices. The Autumn equinoctial festival of Mabon mirrors the spring equinoctial festival of Oestara with the Light and Dark forces of the Universe switching ascendancy.

In myth, the goddess Persephone departs the earth to join her husband in the underworld. It is time to give thanks for the summer and to welcome the impending dark. Traditionally, this was when some of the heaviest work of the agricultural year began, the final harvest was still to be stored away and the fields readied for the coming Winter. This is why so much feasting goes on now. Fresh meat and ripe fruit only last so long.

The colors of the sunset: violet, orange, russet, maroon, brown, and gold.

Libra is pink tourmaline, opal, and rhodochrosite. Scorpio is topaz, bloodstone, and yellow agate. Sagittarius is turquoise and jasper.

I found another handy tool!

My disclaimer, I don’t really need this. I top off my tank whenever I am at Costco and the gas-lines aren’t too horrid, so I am like never anywhere near E, but I know there are people who need this information, my Mom comes to mind.

Mom always flirted with that tank-fill indicator, driving faster as the light got brighter, daring it.  It made me chuckle to realize that my Tacoma can go 63-75 miles once the little tank indicator light comes on and yet I start feeling anxious when I get below a half a tank. I guess her driving around “gaming” the gas tank really got into my programming.

Are you a “wait until the indicator comes on” filler, or a “top-off” filler?

Click link for the full article with a bigger chart from Your Mechanic.

I have read a couple of interesting articles about makeup in history in the last couple of days and thought you might enjoy them. The first is by Erin Blakemore on How Makeup went Mainstream and she discusses the way actresses were used to market makeup in the early 20th century. Testimonials from actresses and makeup artists were used to convince, non-actresses that we needed the stuff to look our best. I love the irony of creating a “natural look.” 🙂

The second is weirder, 100 years of banned beauty products. Yep, click the link to see hair removers that can kill you, hair dyes that blind, all kinds of crazy stuff, and these are recent, not even counting the ones you already knew about like the Elizabethan’s white lead makeup, the Victorian’s favorite arsenic face cream, or the ancient Egyptian penchant for mixing sacred crocodile dung in kohl eye makeup. Here is a bonus link: In the realm of “more dangerous than crocodile dung,” the FDA issued a periodic statement to avoid kohl, kajal, and al kahl in eye makeup because they have been found to consist of salts of heavy metals, such as antimony and lead, leading to lead poisoning in children, they are probably not so good for your eyes either.

The Barnum’s Animal box just got new art. The animals are now out of their cages and roaming the veld with acacia trees in the background and a bright sun overhead!

In case you don’t remember, here is the old box. When I was a kid, it had a string rather than a handle and prominent bars. 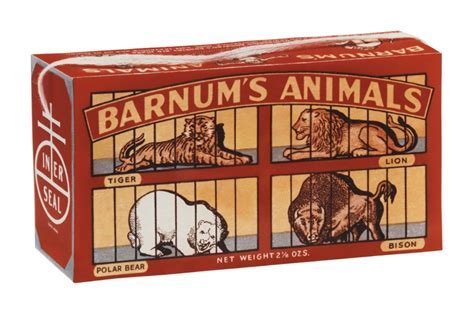 “The new box for Barnum’s Animals crackers perfectly reflects that our society no longer tolerates the caging and chaining of wild animals for circus shows,” she said.

Click the link to read the complete article from MSN Money: https://www.msn.com/en-us/money/companies/animal-crackers-break-out-of-their-cages/ar-BBMci4D?ocid=spartandhp

And a Happy Solstice to All!

Summer begins in the Northern Hemisphere on June 22, 2018. The word Solstice is Latin in origin and translates as, Sol =the Sun, + stitere =standing still.

On that day, the North Pole tilts most directly Sunward. Those of us in the Northern Hemisphere experience this as the longest day and shortest night of the year.  Around December 21, or 22nd of each year, the Winter Solstice, the North Pole points away from the Sun giving us in the Northern Hemisphere, our shortest day, and longest night. This tilting of the Earth’s rotational axis gives us our seasons. During each Solstice, the Sun appears to both rise and set at the opposite spot on the horizon. The Solar Calendars like Stonehenge and the Sun Dagger in Chaco Canyon, New Mexico operate by indicating this point. The Autumnal Equinox will be on September 24th.

The Zodiacal Signs of Summer:

The Stones of Summer:

The Solstice Project: A Research Project about Fajada Butte

An interactive model of the Sun Dagger.

This is a fun one. I direct warped my Baby Wolf with a bunch of leftover skeins of worsted weight yarns out of my stash bins. Direct warping is how one warps a rigid heddle loom, not usually how one warps a multi-shafted loom. The warp is measured from the back beam through the raddle on top of the shafts, to a peg on the bookcase (not pictured), then cranked on smoothly using friction provided by the guides in the warp helpers on the back beam.  Next the yarn is threaded in a bird’s eye point twill pattern from Dixon, and then sleyed at 1 end per dent in a 10 reed, this is full width on this loom. I lashed on but didn’t take any pictures of that. I am using all three of the patterns that go with this tie-up on page 72 like a random sampler. If I was actually planning the warp instead of just running up and down the stairs grabbing skeins of yarn I’d have put the greens in the center and made the colors symmetrical but I like how quickly this weaves up, the hand of the fabric and how the twill looks. It’s a fun break from the finer thread projects on the Millbruck and I can’t wait to see it finished.

This is a long warp that should make three shawls. I’m planning on one gray, one black and one blue. These are all cotton so they will look quite a bit different once they are off the loom, washed and dried. I corrected the threading error that you can see in the gray one. It won’t show once it is finished.

The gray is a basket weave. The black is three different twills and the blue will be a zigzag pattern.

© Inga Duncan Thornell and www.dunthor.com, 1994 – 2019. Unauthorized use and/or duplication of this material without express and written permission from this blog’s author and/or owner is strictly prohibited. Excerpts and links may be used, provided that full and clear credit is given to Inga Duncan Thornell and www.dunthor.com with appropriate and specific direction to the original content.