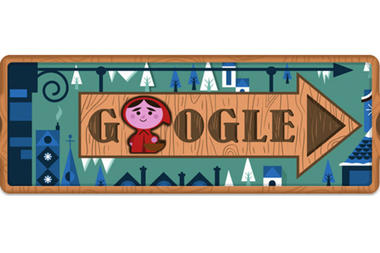 Today, December 20th, is the  200th anniversary of the first edition of ‘Grimm’s Fairy Tales.’ I am thrilled that Google has chosen to honor the work with this wonderful little animated Google Doodle featuring the entire story of Little Red Riding Hood in wood-cut like graphics

We have been watching Once Upon a Time this week  on Netflix. I’d love to say that we were watching it in honor of the brothers but it really was serendipity, coincidence, or synchronicity, whichever fits your world-view. Dell finally sent out a tech-guy with the final back-ordered part for my laptop, Jim this time, not Steve, (the tech, not the part ) the part is the top of the lid, which they insist on referring to as the back plate, weird. He checked out the books in the office shelves  and asked what kind of stuff we watched. I said Star Trek and Warehouse 13 type-stuff and he recommended  Once Upon a Time. I mentioned it to Scott and it turned out he had the series queued but hadn’t watched it! So we remedied that and are enjoying them immensely!

The premise is that all the characters from the Grimm’s Fairy Tales are transported by a curse to a world where there are no happily ever afters, no happy endings, in fact, to our world. The story lines continually cut between present time and  fairy tale time and mix the characters and stories from different tales in a way that really has to be experienced. I am really picky about this genre and I give this a thumbs up (so far)!

The real Brothers Grimm were stranger than fiction – CSMonitor.com. 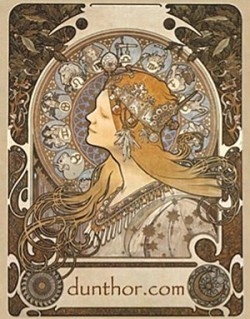